Quilts of Valor Foundation began in 2003 with a dream, literally a dream. Founder Catherine Roberts’ son Nat was deployed in Iraq. According to Catherine:

The dream was as vivid as real life. I saw a young man sitting on the side of his bed in the middle of the night, hunched over. The permeating feeling was one of utter despair. I could see his war demons clustered around, dragging him down into an emotional gutter. Then, as if viewing a movie, I saw him in the next scene wrapped in a quilt. His whole demeanor changed from one of despair to one of hope and wellbeing. The quilt had made this dramatic change. The message of my dream was:

The model appeared simple: have a volunteer team who would donate their time and materials to make a quilt. One person would piece the top and the other would quilt it. I saw the name for this special quilt. It was a Quilt of Valor, a QOV.

What Quilts of Valor Are

From the beginning, Catherine Roberts had definite ideas about standards of excellence for Quilts of Valor:

The First Quilt of Valor

The first QOV was awarded in November 2003 at Walter Reed Army Medical Center (WRAMC) to a young soldier from Minnesota who had lost his leg in Iraq. Catherine recalls:

Chaplain John Kallerson opened the door for us at Walter Reed primarily because his wife Connie Kallerson happened to be a quilter. She impressed upon him how comforting quilts can be. John also saw the value of awarding quilts to his wounded because of the message they carried that someone cares.

How the Foundation Grew

From Catherine Robert’s home in Seaford, DE, the Quilts of Valor movement spread across the nation and beyond through the power of word-of-mouth and the Internet. According to Catherine:

The team consisted of a quilt-topper, a person who pieces the top from various fabrics, and a quilter who uses a “longarm” quilting machine to create beautiful machine quilting. Our longarmers immediately played a crucial role in making our quilt tops go from hohum to “wow.” Two people who helped bring needed exposure at the start of our program to the longarming world were Janet-Lee Santeusanio and Marcia Stevens. I am deeply grateful to them for the faith they showed in a newly formed group.

Other key players on our team who helped our growing community get things done, in addition to those making quilts from coast to coast, were the “longarm coordinator” and “destination coordinator.” Our “points of contact” throughout the world identified recipients and often facilitated the actual awards ceremonies.

The organization’s original mission statement said its purpose was “to cover all those service members and veterans wounded physically or psychologically with comforting and healing Quilts of Valor.” Catherine Roberts recalls:

No one really liked the word “psychologically.” Brilliantly, Chaplain Kallerson suggested using the phrase “touched by war” as a replacement for the words “wounded physically or psychologically.” This simple phrase was perfect. The group’s mission statement was revised to read, “The mission of the Quilts of Valor Foundation is to cover all combat service members and veterans touched by war with comforting and healing Quilts of Valor.” Later, the words “all” and “combat” were removed, further reflecting our understanding of the true meaning “touched by war.”

The Light of Inclusion

In the early days of the organization, the primary focus was on awarding quilts to service members wounded in the Iraq (OIF) and Afghanistan (OEF) conflicts. Catherine Roberts remembers:

I affectionately referred to these young men as “babies” to distinguish them from veterans of other conflicts. Among us civilians, there were no complaints, as we were in the throes of an ongoing war. However, there were faint rumblings from those who worked at Veterans Administration Medical Centers (VAMCs). They politely pointed out it wasn’t fair to award a QOV to one group of wounded and exclude others. The light of inclusiveness began to glimmer.

At an awards ceremony at a VAMC in White River Junction, VT, in 2006, we saw wounded veterans from all conflicts being awarded quilts, not our policy at the time. My husband Chris “got it” right away, but it took several years for me to really understand. That happened in 2009 in Bellingham, WA. A group of us got together for a quilting retreat. One of our activities for the weekend was to award quilts at an event called “American Veterans Tribute and Traveling Wall Exhibit” in Bellingham. I could not find a group of OIF/OEF veterans for the QOVs we brought that day. A group of Vietnam veterans were there to perform a “Patriot Guard” ride past the Vietnam traveling memorial wall on their motorcycles. This event changed my whole outlook on who should receive a Quilt of Valor. As we were awarding quilts, the Vietnam vets said over and over again, “Ma’am, this is the first time in forty years anyone has ever thanked me for my service.” All of us were thunderstruck. From then on, any warrior who had been touched by war, no matter when his or her service, could receive a Quilt of Valor. No questions asked.

The philosophy of inclusion widened when Catherine became aware of the work that goes on at Air Force Mortuary Affairs Operations (AFMAO), located at Dover Air Force Base, Del. She recalls:

I read an essay by Marine Lt. Col. Michael Strobl called “Taking Chance Home.” In the essay, Strobl recounts how he escorted the body of Marine Private Chance Phillips to his home in Wyoming for burial. Strobl took the reader through AFMAO, describing who the staff was and what they did to prepare the remains of the fallen for burial. I realized that workers at Dover, though they were stateside, were as touched by war as anyone downrange or “in theater.”

We established a relationship with the AFMAO and set a date for an awards ceremony. The day of the ceremony I received a call from the chaplain saying we had a big problem—some of the staff at Dover were civilians. As they all worked as a team, a family, awarding Quilts of Valor only to military service members would not work. The decision was made to award quilts to all working at the Port Mortuary, and this policy has continued ever since.

The Evolution of the Foundation’s Name

The first name of the organization was Quilts for Soldiers. Catherine Roberts explains:

Because my son was in the Army, I thought all military service members were “soldiers.” I didn’t understand that different branches have different names for their members. Fortunately, a Marine straightened me out, and Quilts for Soldiers became Quilts of Valor.

In the beginning, it was like the “wild, wild, West.” A few of us handled everything. After we became a national non-profit in 2005, we created a volunteer Board of Directors to govern, determining policies and direction. Over the years, a structure of volunteer leadership has evolved.

Without the selflessness of the individuals who have volunteered over the years and who work tirelessly for the Foundation now, we would not be the viable group we are today. It’s difficult for me to convey to those who may be reading this history the debt I owe these individuals. They have devoted their time, their hearts, and their financial resources to the Foundation to keep it afloat, growing, and thriving. I know that, many times, many volunteers have felt it was a thankless job, but they have given their service, their sacrifice, and sometimes their valor in service to our mission.

I thank you from the bottom of my heart. Without you, we would not be here today. 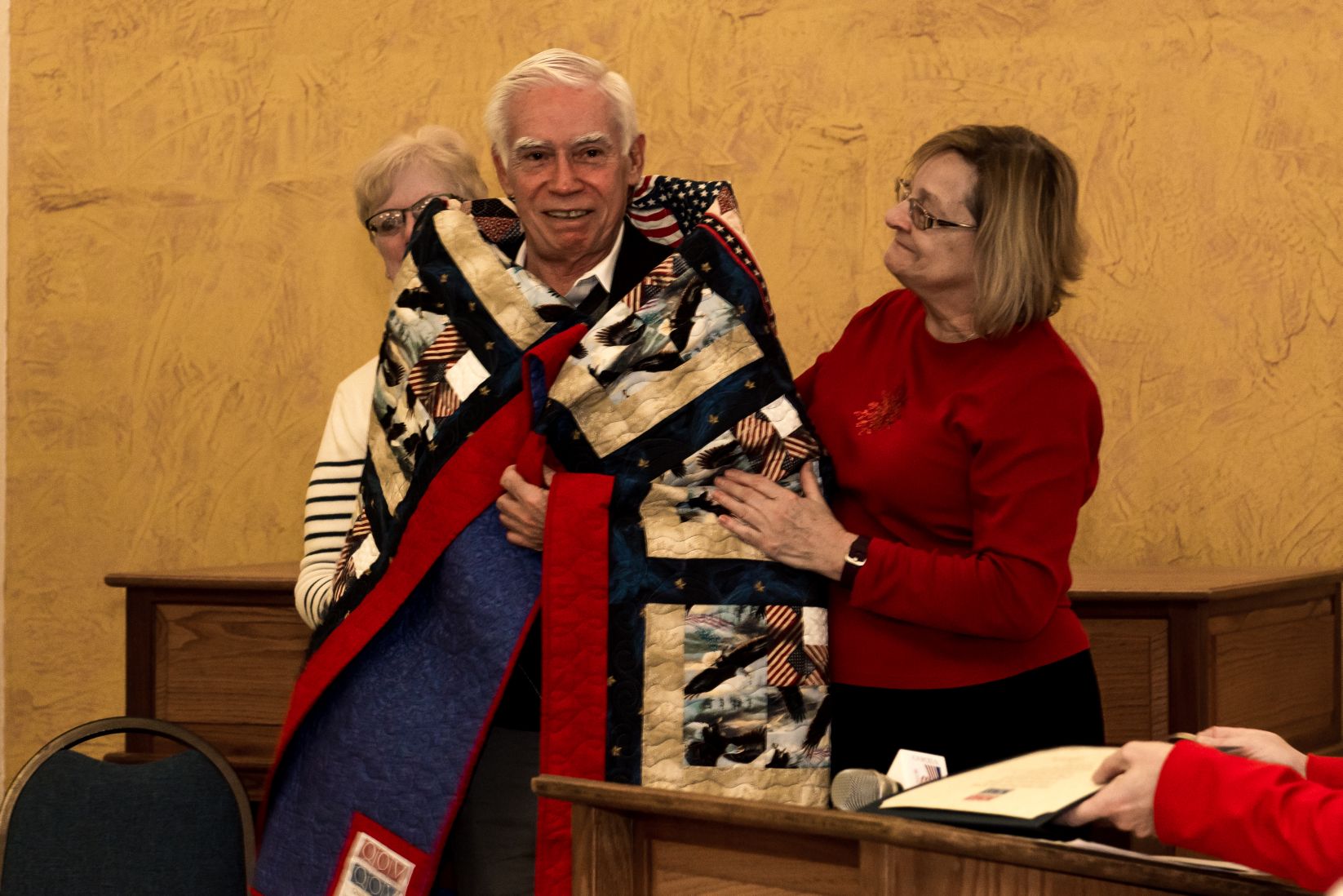 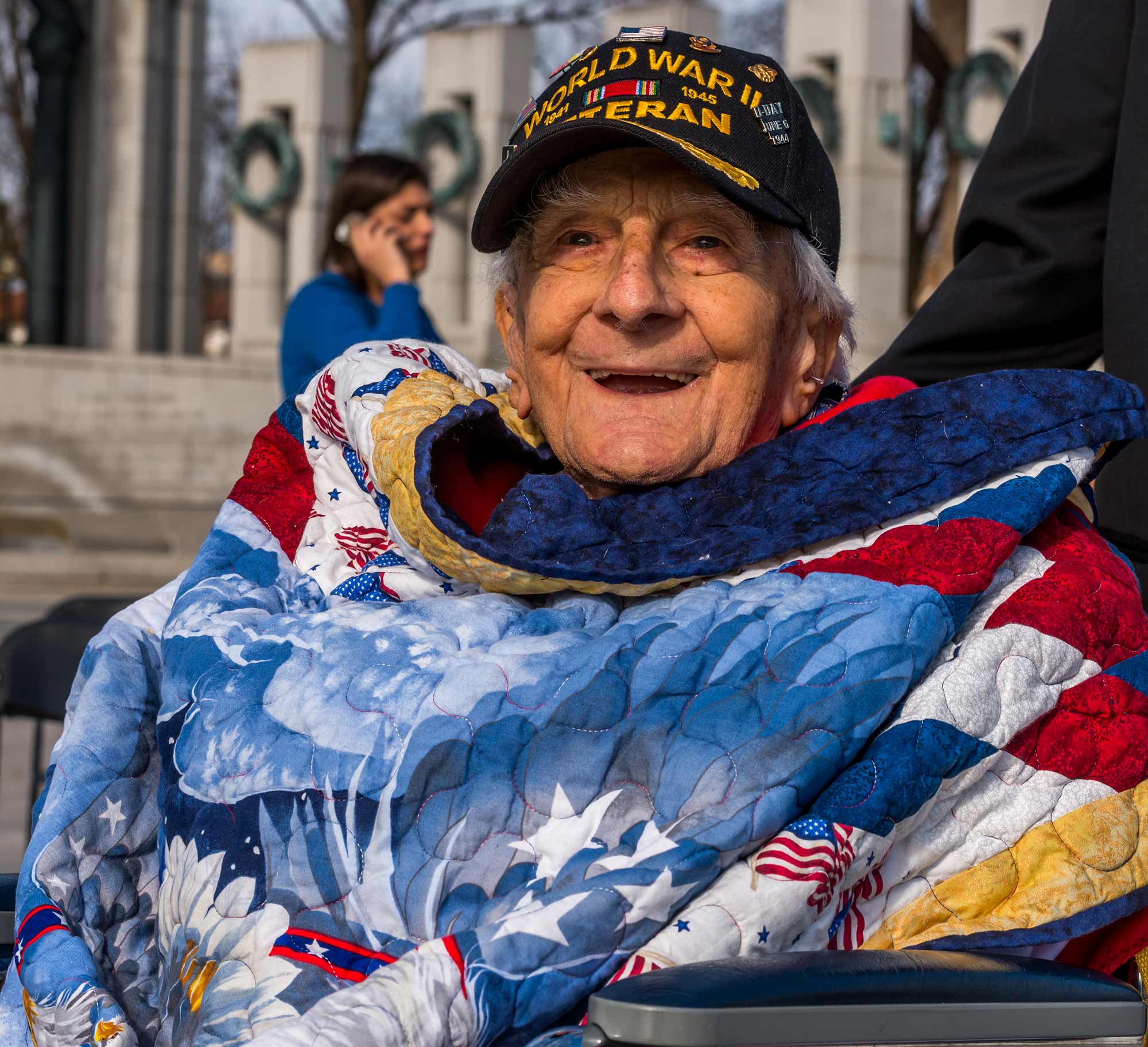 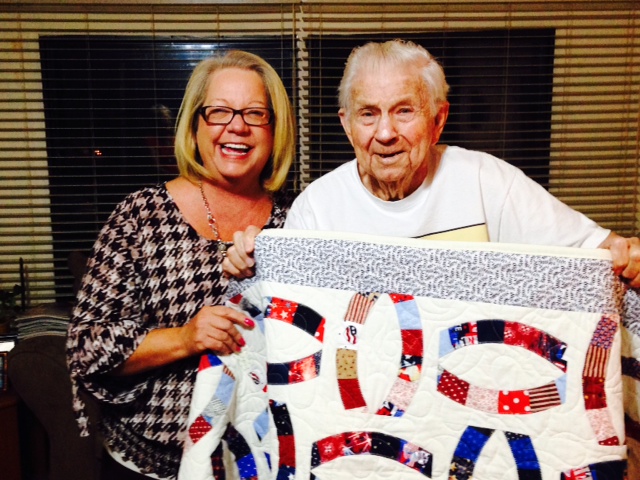 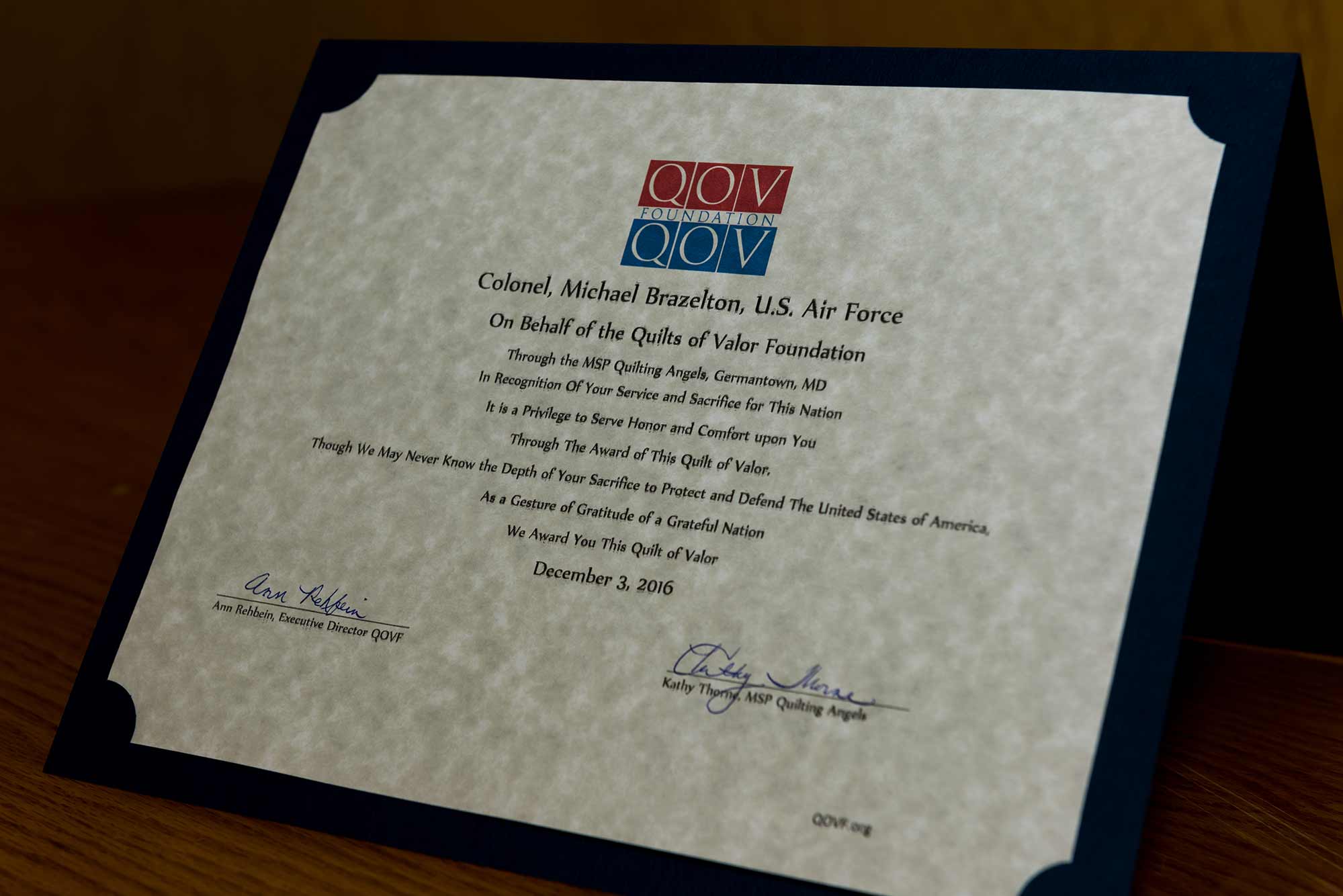 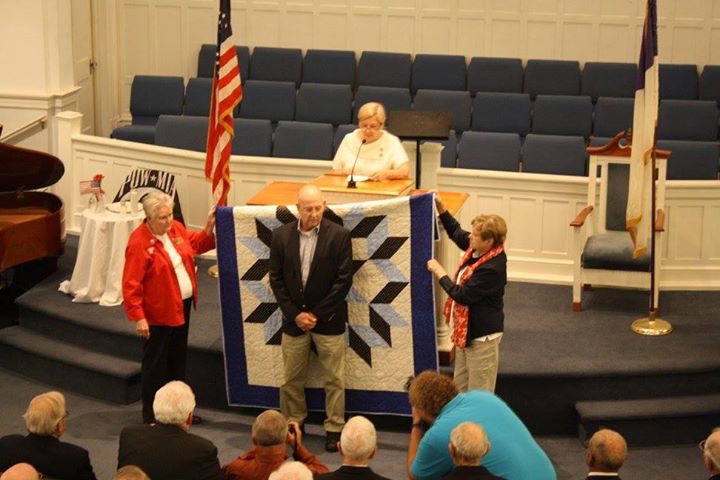